It’s been two weeks since I returned from Chile (sorry for the wait!) and an adventure that will stay with me forever. A beautiful consequence of travelling is the memories be they good, bad, cringe or exhilarating ones. This trip was no different and I’ve come back with stories and experiences that will continue to make me smile each time I think of Chile. 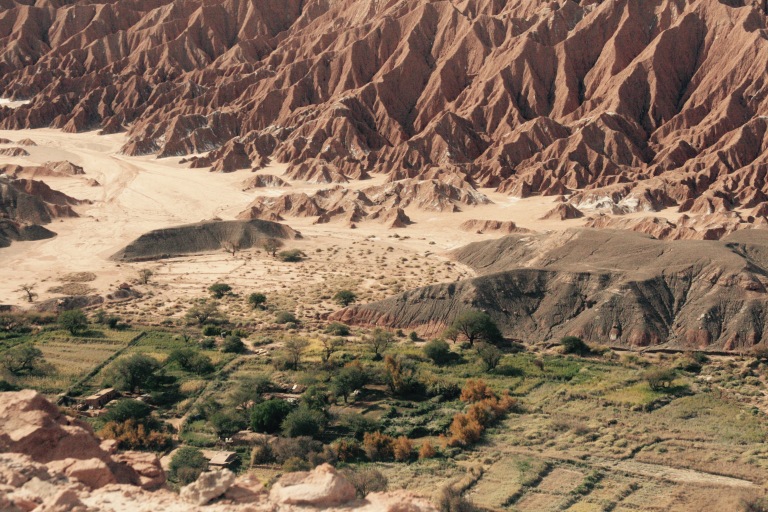 It was a whirlwind trip as we had to squeeze it in with my brothers work schedule and my internship but the result was a taste of a South America that has fuelled my desire to return and discover what else this diverse continent has for me. Cultural stereotypes are not really my thing but the Chilean people lived up to the warm reputation of the South American world which made this whistle stop tour of the country that much more special.

The adventure didn’t start as we landed in Chile but rather in London where ticket problems and lack of communication between code-shares meant we were a bit on edge from the get go, but once in Madrid with a little help from the LAN desk we finally had the tickets for the next leg of our mammoth journey. Having lived in Sydney and completed the seriously long haul flight from there to London many times you’d think this 15 hour flight would be a breeze. Well, you’d be wrong! I’ve never been more exhausted with delays, multiple connections and time zones and by the time we arrived in Calama in the Atacama Desert we’d been travelling for over 30 hours door to door. With all the flight stress out the way I felt the growing excitement synonymous with visiting a new place and this stunning desert was worth the 24 hour palaver.

The first afternoon consisted of soaking up the glorious desert heat which was much needed considering the rather lack lustre start to our English summer – should I really be surprised by this? After a good nights rest all systems were go as we crammed in hikes and treks to get the most out of our two days here. Day one started with a two hour walk up and along the salt mountains. Being at altitude is something that can take your breath away but it wasn’t this but rather the views of the rugged red mountains and the green valley below that made me a little short of breath. It’s always amazed me how in such harsh environments you come across little oases of lush pastures, especially intriguing under the punishing desert sun. This first trek proved to me again why travelling is so fabulous as I made friends with a Brazilian couple who were kind enough to help me practice my extremely rusty Portuguese, a testament to how mutual wanderlust brings all cultures and people together.

The second hike wasn’t quite as leisurely and although the guides had asked if any of us had a problem with heights once he’d heard I’d done the Inca Trail he assured me this would be a walk in the park or gorge in this case! I prepared myself for dizzying heights and rickety Indiana Jones-esque bridges but none of that came. Instead I was confronted with slippery algae covered rocks, a fast flowing river and a steep descent. This sounds like a much better combination right? No, this walk quickly became a walking nightmare as I feared one false step and I’d fall into the river and down onto the rocks below. I suppose by now you’ll realise I have a flair for the dramatics but the brief moments of panic were worth the views of hundreds of cacti growing precariously up the edge of what I now like to call Death Valley. 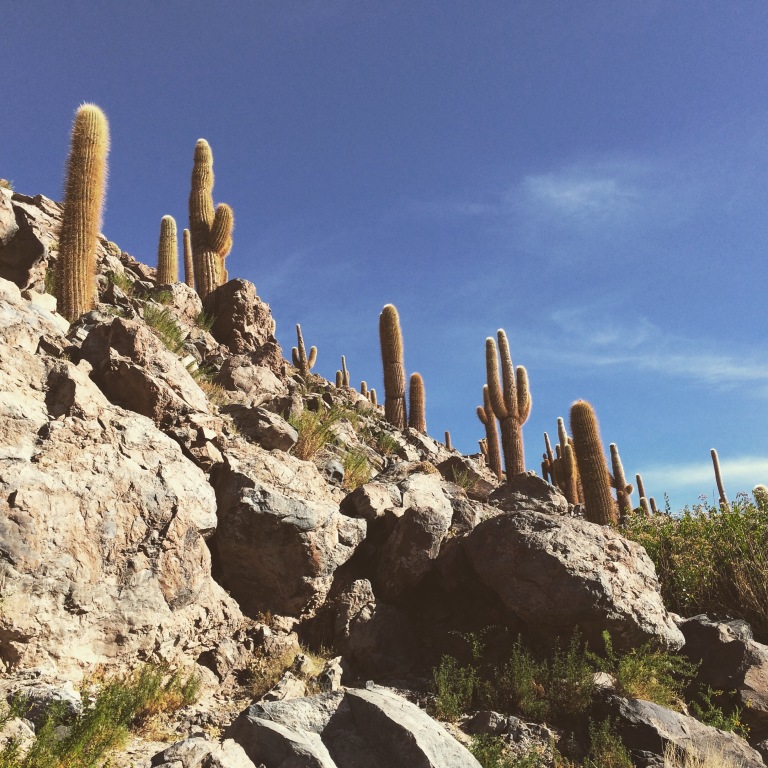 The final day in a trip needs to bring something special and the geysers of El Tatio did just that. After an early wake up call we all piled into the car and set off on our last Atacaman adventure which would prove without a doubt that Chile is one of the most beautiful countries in the world that I’ve been lucky enough to explore so far. Everything had been extreme so far and today was no different with the desert temperatures dropping to -8 degrees and a scene reminiscent of Scandinavia unfolding before my very eyes. The bubbling (not to mention boiling water) bursting from the geysers closely followed by plumes of smoke framed against a mountain backdrop was a photo opportunity I just couldn’t pass up. I have to say that enjoying breakfast while drinking in all of the action here was something that I won’t soon forget and made the perfect ending to my Chilean chapter but the story won’t end here as there is so much more of this country that I need to discover.

3 thoughts on “Into the desert”

Follow The Hopelessly Nomadic on WordPress.com
Join 176 other subscribers